With the advent of social media, attorneys are facing several potential game-changers. How will the impact of Facebook, Twitter, and other social media sites impact law as a whole? What kind of role, if any, might social media play for attorneys and their clients?

The attorneys for George Zimmerman, the man charged in the Florida death of young Trayvon Martin in February, have launched a defense strategy that includes Facebook and Twitter, plus a website and an official blog. The blog states that it was created in order to dispel rumors and disseminate correct information, while simultaneously soliciting donations for his legal defense team. These platforms create a forum for communication with Zimmerman’s attorneys, as well as a place for supporters to share their voices.

When Zimmerman was taken into police custody, the news first broke via his defense team’s account on Twitter (@GZLegalCase). Within hours, the news was viral. These tweets are official and accurate, proactively nipping uncontrolled rumors in the bud.

The official Zimmerman legal defense team blog includes the disclaimer: “We feel it would be irresponsible to ignore the robust online conversation, and we feel equally as strong about establishing a professional, responsible, and ethical approach to new media.”

This statement may be intended to explain the purpose behind the blog and other social media, should the attorneys feel the need to explain at all. However, all the explanations in the world don’t change the fact that a social media campaign runs a definite risk of tainting the neutrality of any potential juror pool.

Every state bar has publicity rules. In Florida, the rule banning any comments made by attorneys that could be widely distributed was written back in 1994. As such, it does not address social media specifically. Prosecutors in the Zimmerman case are keeping an eye on the social media campaign in case there are any attempts to influence either potential jurors or witnesses.

In Florida, jurors chosen for trials are given specific instructions that ban electronic communication, including social media. However, these limitations are intended only for the duration of the trial. Currently, there are no existing regulations regarding the use of social media prior to jury selection.

Although jurors have always had access to the media prior to trial, the unparalleled accessibility of social media raises new concerns. Zimmerman’s defense team explains in a blog post that their online presence is not intended to comment on any evidence. And yet, anyone reading the site will be exposed to unregulated and biased information from the point of view of the defense. Additionally, social media encourages strangers to share their comments and opinions, which may further bias any viewer.

Nicole Black, the vice president of MyCaseInc.com, wrote a book called “Social Media for Lawyers:The Next Frontier,” specifically addressing the future potential of social media for attorneys. Regarding Zimmerman’s case, she says: “The social media sites are a way for Zimmerman’s defense team to control the message.” She feels new technology does not change the current gag rules. Instead, the pretrial conduct is the core issue. Regardless of social media, attorneys cannot discuss any case particulars pre-trial without risking contempt.

New precedents are being set right now. Social media is indeed the wave of the legal future. Or, as Zimmerman’s defense team puts it, the use of social media by attorneys “will inevitably become a standard part of the legal process.” 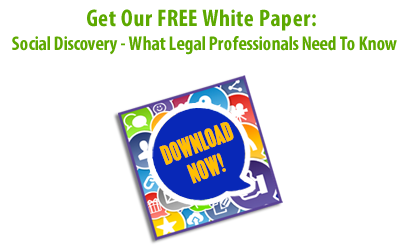